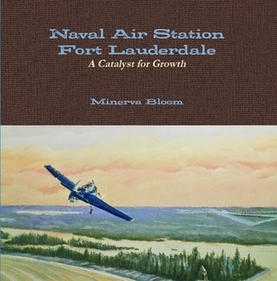 Click on image to see a preview
Experience History! A concise reference Booklet for history enthusiasts! Serving as one among 257 air stations during World War II, the NAS Fort Lauderdale made a big impact on the South Florida region, and the United States as a whole. Thousands of American and British men who went off to war received their training at NASFL. The radar, gunnery, and parachuting schools rivaled the best in the United States. Most importantly, was the use of the base for training pilots and air crews on the Grumman Avenger TBF/TBM torpedo bomber, which was the largest single engine plane used during the war.

The Naval Air Station found its fame with the disappearance of Flight 19 - The Lost Squadron which flew out of the base on December 5th, 1945 to vanish into the Bermuda Triangle. To this date, Flight 19 remains one of the great aviation mysteries. Also in the summer of 1943, a 19 year old future US President George H.W. Bush lived at the base as a young Ensign to train as a torpedo/bomber pilot.
All proceeds from this book benefit the Naval Air Station Fort Lauderdale Museum.
Support the Museum Get Your Copy!

Click on the arrow to see a preview of images

This video preview shows only images with brief text. The book you'll get has in-depth descriptions.
Support the Museum Buy This Book!